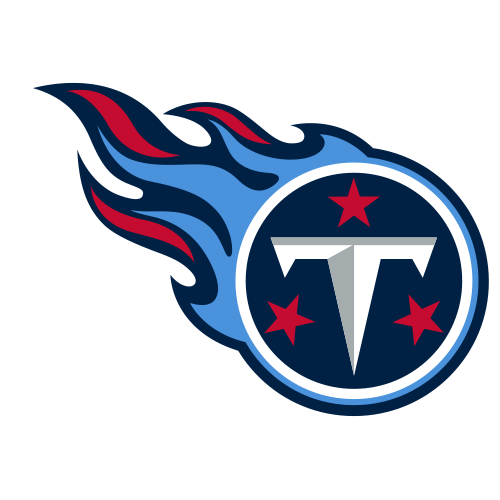 4th AFC South
| 0-0
Tennessee Titans
Isaiah
Wilson
1
Rnd
29
Pk
OT
Position
Yahoo Sports Commentary
A predictable pick. The Titans are a power run team and needed a RT after losing Jack Conklin in free agency. Wilson's arrow is pointing up, though he wasn't our favorite OT in this class and some scouts secretly wished he'd have stayed in school and developed another year.
Tennessee Titans
Kristian
Fulton
2
Rnd
29
Pk
CB
Position
Yahoo Sports Commentary
The Titans can move on from Malcolm Butler at some point because they now have solid depth at the position with the addition of Fulton. He’s a press-man corner who was discussed in the late Round 1 range, so this in our minds is a great value pick. He might never be a special playmaker, but good corners are hard to find, and Fulton is one of them.
Tennessee Titans
Darrynton
Evans
3
Rnd
29
Pk
RB
Position
Yahoo Sports Commentary
Fun pick, giving Derrick Henry a running mate with a totally different style. Evans is a far more compact runner with nice vision and receiving ability. Adding his burst of speed to the mix in a limited role on offense (and likely as a returner) feels like a good pairing. Evans won’t hold up with an extended role, but in Nashville he won’t have to.
Tennessee Titans
Larrell
Murchison
5
Rnd
28
Pk
DT
Position
Tennessee Titans
Cole
McDonald
7
Rnd
10
Pk
QB
Position
Tennessee Titans
Chris
Jackson
7
Rnd
29
Pk
DB
Position